Today has arbitrarily been designated as Moderator Appreciation Day!  These hard-working young men and women toil tirelessly to help keep the Scratch Community clean, safe and friendly.  All for very low wages.  Actually - no wages, lol.

Let's give them all a big "thanks!" for their hard work.

I even baked them a tasty virtual cake!

Thanks also to all you folks in the community that help the moderators do a good job by keeping things friendly and by using the Report link when you think there is a problem.  Help yourselves to some of the cake too 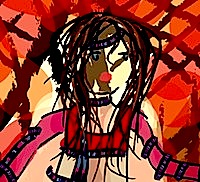 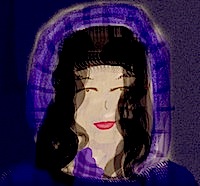 Is it September 15th or 16th?
But, either way: Thanks, Moderators! EDIT: That was sincere...

I fall: It's a tragedy. You fall: It's comedy.
Hmph enjoy your fall - I get a lovely spring... without pans of new leaves.

Thanks a lot moderators! You help keep Scratch safe and a better place for all of us. Thank you so much, we really appreciate it!

EDIT: That looks a bit overdone... but it's sincere.

"Human beings... must have action; and they will make it if they cannot find it.
-Charlotte Brontë

(By the way, my computer was repaired today! Hurray!)

Is it September 15th or 16th?
But, either way: Thanks, Moderators!

Oops!  It's supposed to be today, Thursday, whatever that is

Woo hoo! Thanks to all the community moderators who give so much of their time and energy to the Scratch community.

Wow, I think the song in Paddle2See's Mod Thank you project says it best....

Help Scratchers make the leap to 2.0! Thank you for your dedication and making the community such a nice place for us all :-)

The Scratch community couldn't be what it is today if it wasn't because of you. Thanks!

Andres Monroy-Hernandez | Scratch Team at the MIT Media Lab
on identi.ca and  twitter

^^ Scratch would be totally different without you like said

I'd like to make a special thanks to coolstuff and cheddargirl who helped me when I'm making guides, and trying to support the community!

Doh!
Nope...  We'll just have to refer to it without using an acronym.

Help Scratchers make the leap to 2.0!

Wow, I just logged in and saw this. Thanks for all the wonderful comments, everyone.

I think an additional thanks should be given to all the members of the community who keep their eyes out for content that needs a moderator's attention so it doesn't get overlooked.

Holy cow, it does spell out "MAD"!

Everything is better when you add a little cheddar, because when you have cheese your life is at ease

Yay, thanks a ton moderators! You've done a great job, the forums would never be the same without you guys. In fact, I think I might just make a project with presents, ooh! You guys do a great job keeping these forums clean and safe!

Thanks to all of the mods! We all really appreciate your work; Scratch wouldn't be the place it is today without it! What's the average age of moderators?

It's been an honour moderating such a wonderful community - even though there have been the occasional ups and downs, everything always seems to turn out OK in the end

Also, I'd like to thank you all for helping us to keep the forums clean and safe via the reports

And, last but by absolutely, positively no means least, a huge round of applause to the Scratch Team is called for, methinks!

Not only have you guys and gals created an awesome kids' programming language, but you've created a welcoming community that I, for one, am proud to say I'm part of

Also, without your help and support, I don't think I'd be half the moderator I have become over the past months

Thanks, guys, for everything ^^

"...Jargon - the practice of never calling a spade a spade, when you might instead call it a manual earth-restructing implement..." - Bill Bryson, Mother Tongue

What a wonderful way to start out the day